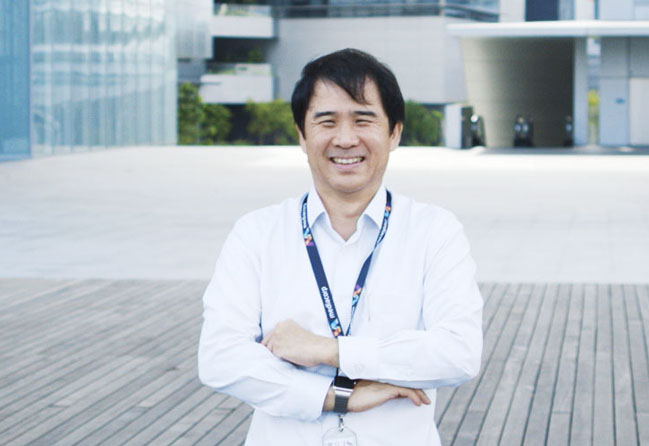 Canon knew that there are no shortcuts in customer service, and the account managers and service engineers take that very seriously. Being able to connect with Mediacorp and knowing them is key in building trust, loyalty and sustaining a long-term business relationship.

For more than six decades, Mediacorp, the Singapore-based parent company of several media channels, has been synonymous with Caldecott Hill, the private housing estate off Thomson Road. So entrenched was Mediacorp that, over the years, several of the broadcaster's most celebrated actors and actresses were even dubbed the "Kings and Queens of Caldecott".

In 2015, Mediacorp announced its decision to move its base of operations from Caldecott Hills to Mediapolis@one-north. The entire process took nine months to complete, and the effort was more than worthwhile. Dubbed the Mediacorp Campus, the new building is a purpose-built 12-storey facility that houses nearly all of Mediacorp's 2,800 staff in a single location, complete with a fully equipped newsroom, four entertainment studios and a 1,500-seater theatre.

It was also the ideal opportunity for Mr Song Boon Kok, senior vice president of Mediacorp's IT Services, to rethink some of its internal processes. One of the first things he did was to give its fleet of multifunctional printers an update. For that, he turned to Canon.

The Problem With Maintenance

At Mediacorp, Mr Song and his team oversee the organisation's information and communications technology framework, including strategic planning, governance, policy, infrastructure and resources. Taking care of the corporation's printing capabilities, too, falls under his wing. That is why, even before the move was completed, Mr Song noticed a few issues that cropped up with the organisation's printing and document management process.

For example, for routine maintenance of Mediacorp's fleet of printers, technicians would drop by the offices every once in a while and give them a tune up if need be. However, these maintenance sessions meant that anyone who wanted to print documents at a machine under maintenance had to go back to the computer, reroute the print job to another printer, then release the print job there instead - a time-consuming and often frustrating process.

"What's great about Canon's printer is that they all work based off uniFLOW, Canon's document management software," Mr Song explained. "This means that if one printer is under maintenance, the staff can just go to another printer within the same network and release the print job. It's that easy." These days, maintenance and breakdowns cause little to no hindrance to the workflow at Mediacorp. Thanks to uniFLOW, work can go on as per normal.

User authentication is a common feature in most modern-day printers. However, before the big move, Mr Song noticed that his staff would either misplace their identification (ID) cards or forget their PIN numbers altogether. This posed as a huge problem for security and user authentication, as ID cards and PIN numbers were required to release print jobs.

Canon's printers, however, made this process much simpler. uniFLOW allows users to use their existing employee cards or their normal corporate login and/or password to release print jobs. This means that employees no longer have to carry around a separate ID card or remember a different set of passwords - a boon to overall productivity.

However, product features are just part of the reason why Mediacorp chose Canon to fulfil its printing and document management needs. To Mr Song, it is the way Canon puts its customers first in every aspect of its service.

Beyond its professionalism, Canon's personal touch also impressed Mr Song greatly. For one, Canon Singapore's employees are forthright with the brand's pricings, support and solutions. Even the sales representatives are on first-name basis with Mr Song's team, which is something that unseen in other brands. "That's why Canon Singapore and Mediacorp make good business partners," Mr Song said. "It is about building trust, and it begins with Canon keeping its promises over the years."

"Canon knew that there are no shortcuts in customer service, and the account managers and service engineers take that very seriously. Being able to connect with Mediacorp and knowing them is key in building trust, loyalty and sustaining a long-term business relationship." Mr Song Boon Kok, Senior Vice President of Mediacorp's IT Services